A photo of the origin of this classic roadside restaurant. / sur

Butibamba: a piece of history in La Cala de Mijas

Five generations of the same family have served customers who have included King Alfonso XIII, the bandit 'El Tempranillo', Ernest Hemingway and Camarón de la Isla as well as thousands of locals and visitors from elsewhere in Spain and abroad

In life, luckily, there are still pleasures which money can't buy. Or they can be bought but are very cheap. A pork sandwich on the beach at La Butibamba (and a siesta under a sunshade afterwards), for example, should definitely be in the Top 10.

With a product that seems crisis-proof and even war-proof (it has survived two: the War of Independence and the Civil War), this 'venta', or roadside restaurant, in La Cala de Mijas has been run by five generations of the Porras family and doesn't appear to be worried about the constantly rising inflation rate. A baguette big enough for two people and two soft drinks cost 7.80 euros. Not even the most galloping CPI can spoil something that affordable.

The price, product and ambience in this venta (the slot machine rattles away, there are photos of the specialities on the walls and the TV is blaring at full volume, as custom dictates) could not be more traditional, but that hasn't stopped kings, millionaires and world-famous artists appreciating the virtues of their legendary pork tenderloin. The democratic character of La Butibamba is part of its recipe for success and has a lot to do with its origins as a coaching inn in the early 19th century.

"When the original venta was built, it was just a simple hut and there was nothing else here: no houses, no highway. It was just earth, all around. But because the building was here, it was officially designated as a coaching inn and tobacco shop; and that was a good thing. It was regulated by the government and was obliged to provide shelter and food for travellers, no matter what time they turned up," says the present manager of La Butibamba, Francisco Javier Sepúlveda, who is married to the founder's great-grand-daughter.

The origin of the name, the family says, comes from the muleteers in the old days, who would drink wine from containers known as 'botes' and used the expression "Qué 'bamba' he cogido!" to indicate that they were drunk. By that time, the establishment was much more than just a place to drink, eat and stay: it was also where all the mail for people living in that area would be delivered.

La Butibamba has been famous for its 'lomo en manteca' (marinated pork tenderloin cooked in lard) from the start. "That was how meat was preserved when there was nowhere cold to keep it," says Francisco Javier Sepúlveda.

During the 19th century, this was the place that bandits and civil guards would come to eat. They didn't normally coincide because the bandits were vigilant, although more than one skirmish did occur within these walls.

"They say the famous Flores Arrocha once had to hide in the stables from the civil guard. He hid behind a donkey but it bit him on the ear, and he had to put up with the pain until the civil guards had gone. Then he bit the donkey, in revenge. He was a real piece of work, that Flores Arrocha; he ran off into the hills after killing his father-in-law and three other relatives. Years later they caught him and shot him in Marbella," says Sepúlveda. 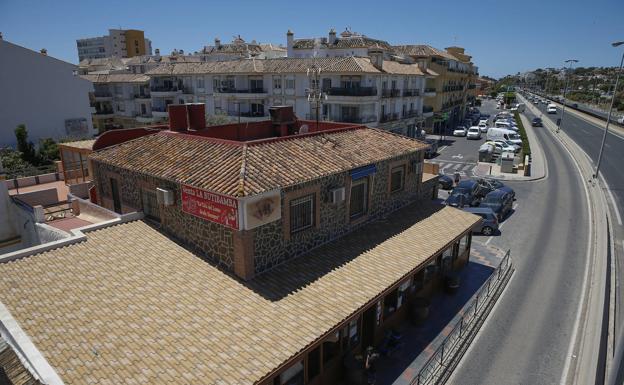 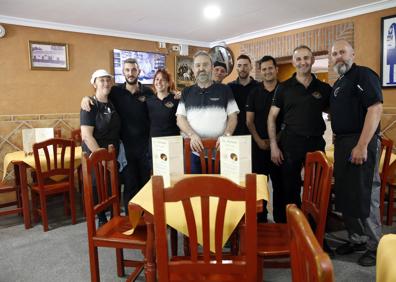 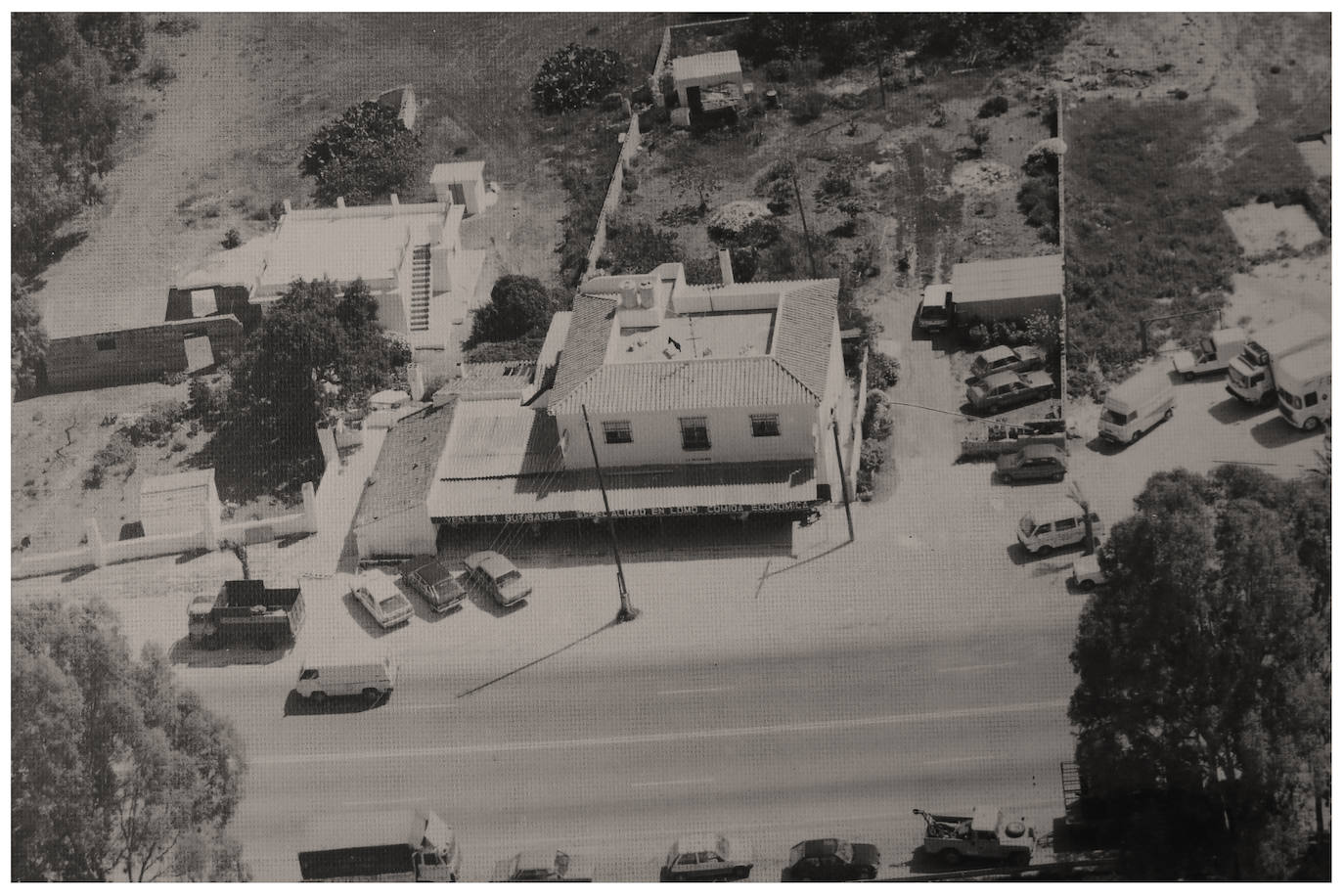 In those romantic days in the early 19th century, the famous bandit El Tempranillo also stopped off more than once at La Butibamba, and so did the king himself, Alfonso XIII. For many years, the bed in which the monarch had slept for one night was kept in the attic.

"Before the King came, his entourage arrived to organise a bedroom for him in the attic of the house, because there were no rooms here; the travellers slept where the animals were kept. They brought a lovely iron bed, and after he had gone it remained here for months and months. Nobody dared to dismantle the King's bed! They had to get permission from the government official to move it," says Sepúlveda. Unfortunately, during one of the two times the building was demolished and then rebuilt, the bed was lost.

As well as stagecoaches, muleteers and bandits, La Butibamba also provided food for the early travellers to the Costa del Sol in the first half of the 20th century, including Ernest Hemingway who, Sepúlveda says, "even went into the kitchen" when he stopped off there on his way to Ronda.

Then came mass tourism, and that solitary enclave became one of the busiest and most populated areas of the Costa del Sol. A new and flourishing life began for this historical establishment, and that's when the present manager began to work there, when he was just 13 years old. The years passed, he married the owner's daughter and took over when he died. Their son, the fifth generation of the family, has now joined the family business after studying Economics.

An XXL sandwich with a secret ingredient

The present clientele at La Butibamba is a mixture of locals, Spanish tourists and visitors from abroad, lorry drivers, sales representatives and other workers in transit who stop off for breakfast or lunch. "In summer, we can serve 200 sandwiches or more a day," says Sepúlveda, who now has a staff of 24.

It even has a fan club. "People all over Spain know about us," he says. The establishment is still open to everyone: at the bar or at one of the tables you might find golfer Miguel Ángel Jiménez, singer El Sevilla or politician Elías Bendodo, for example. Matías Prats, Antonio Banderas and José Tomás have also enjoyed a bite to eat at La Butibamba.

"I will always remember when Camarón de la Isla came. At the next table there was a lad who had a tattoo of Camarón's face. He got up to show it to him, and Camarón sang for him," says Francisco Javier Sepúlveda.

On the advice of a famous publicist - and loyal customer - the star product of this historic venta no longer appears as 'bocadillo de lomo' on the menu but as 'Bocadillo Butibamba'.

"He recommended that we change the name because there are a lot of pork sandwiches around but none are like ours," says Francisco Javier Sepúlveda. "If I were to blindfold you and give you 50 different ones to try, you'd know which one was ours," he insists. Supposing that anyone would survive a test like that, they would undoubtedly conclude that the difference lies in the tenderness of the meat.

The key, Sepúlveda explains, is in the way the meat is cooked, slowly (it is marinated for 24 hours with sweet paprika, oregano, garlic, vinegar, salt and lard and then fried for two hours or until it passes 'the fork test'), but there is also a secret ingredient. Because if that is good enough for Coca-Cola, it is certainly good enough for the legendary pork tenderloin of La Butibamba.

"Yes, there is an ingredient 'X' and nobody else knows what it is. It happened by accident: it's something really silly but it completely alters the result, and for the better. It's what makes the meat so tender," he says, but he refuses to give any more clues. "Only the family and a chef who has been with us for 30 years knows," he adds.

The star dishes on the menu are made with this type of meat, displayed in a collage of photos with echoes of the 1970s: they include the Bocadillo Butibamba (made by inserting several pieces of pork, dripping with fat, into a whole baguette,) pork with chips, egg and other additions... The pieces of leftover meat are used to make spreads like 'zurrapa' and 'manteca colorá' for breakfast, which are also sold in jars as a sort of hyper calorific souvenir. "My son is thinking of selling them in delicatessens in the future," he says.

Obviously not everything is made with pork: there is a wide range of sandwiches including options for vegans. However, the XXL size is a common denominator. "We recommend ordering half a sandwich if you're not a big eater," Francisco Javier Sepúlveda advises.