The town, north of Cádiz, was elected Capital Española de la Gastronomía for its countless foodie treasures and the reputation of its hospitality

For the last decade Spain has been spotlighting lesser-known towns or cities where impressive cuisine is created using local produce and flavours.

The first Capital Española de Gastronomía was chosen in 2012. It was Logroño, the capital of the province of La Rioja. Two provincial capitals in Andalucía have been given the title: Huelva in 2017 and Almeria in 2019. This year for the first time a small town was named as the Gastronomy Capital of Spain - Sanlúcar de Barrameda in Cadiz province.

Sanlúcar de Barrameda is located on the eastern bank of the Guadalquivir River, just before it flows into the Atlantic Ocean. Some historians believe that the city's name comes from the Latin Solis Lucus, which means 'forest area'. Others, however, see in it an allusion to San Lucas. It also seems proven that there is a connection to the Arabic words 'thaluq/shaluqa' ('Levant wind'), and 'bar almard' ('movable sandbank') which alludes to the sandbanks that form at the mouth of the Guadalquivir.

Playa Bajo de Guía, Calzada, Las Piletas and Jara attract both locals and tourists. They are on the edge of the estuary, and that's why they are very quiet and without waves. Sanlúcar is also internationally known for the horse races that take place on the beach every summer. Meanwhile horse-drawn carts pass along the beach every day thus making the landscape more picturesque.

Antonio in the manzanilla bodega La Cigarrera. / A. M. SAANDERS

Visitors attracted to Sanlúcar as gastronomy capital, must take into account the local wines. In the 19th century, the area's economic activity was based on viticulture. Manzanilla is aged exclusively in Sanlúcar's cellars. This salty, fino-like sherry wine has been a protected designation of origin (Denominación de Origen Jerez) since 1964.

One of the best types of sherry is made from the native Palomino grape. The special characteristics of this wine are the result of the process of ageing. Pale in colour, with a characteristic acrid smell, this dry, light manzanilla is ideal to accompany pre-lunch appetisers, such as ham or prawns.

Fishing and seafaring were the most important sources of income in Sanlúcar in the Middle Ages. Unsurprisingly, this Andalusian town is known for its variety of traditional seafood dishes. Local shellfish includes the famous long-tailed 'langostinos de Sanlúcar'. These large prawns are protected as a local variety.

Working from the 'Lonja de Bonanza' (Sanlúcar's harbour), more than 50 fishing boats are dedicated to catching of this large and fleshy crustacean in shallow waters in the Gulf of Cadiz. 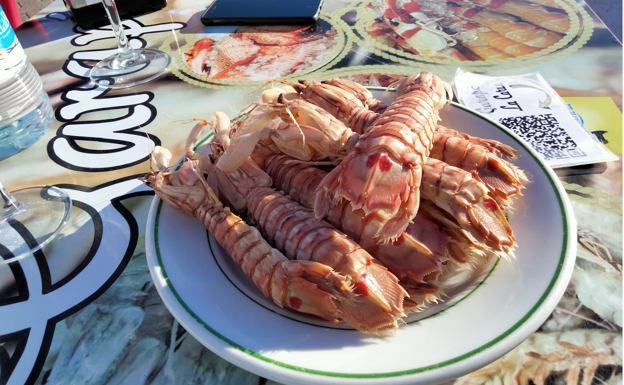 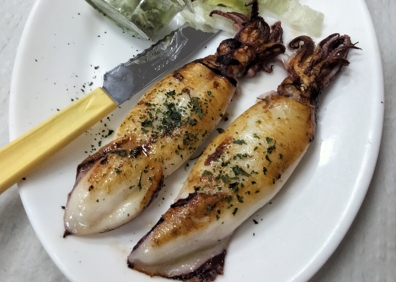 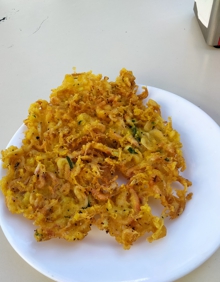 'Sanluqueña' cuisine in the form of tapas can be ordered in the always lively Plaza de Cabildo, encircled by numerous restaurants and busy bars. Seafood salads, shrimp fritters known as 'tortillitas de camarones', and potatoes with mackerel are star dishes. Clams (almejas and coquinas) can be selected directly from the raw produce in the glass-fronted counter. 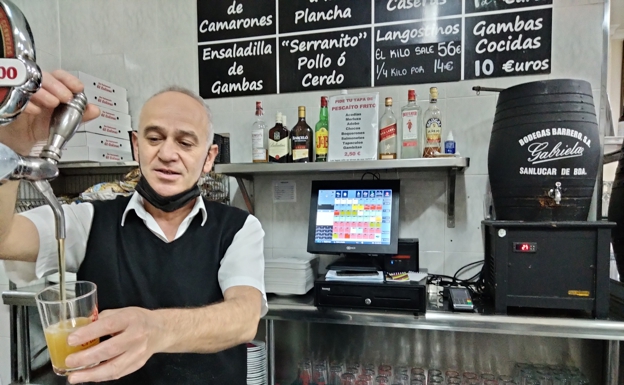 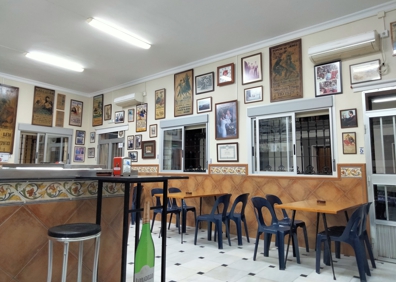 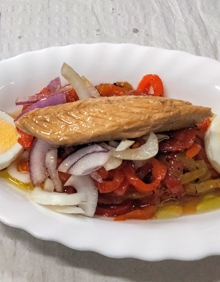 Taberna Casa Bigote, located in the centre of Bajo de Guía, is normally rated in the Michelin Guide. Sanlúcar's famous sole (acedía) is especially recommended in this restaurant. Along the narrow streets of the Old Town, you can find a 'people's place' - El Colorao. The bar, founded roughly 50 years ago, has traditional charm, its history is told in the photographs of starlets, guitarists and matadors adorning the walls.

La Cigarrera, with its own sherry bodega, is one of the town's most atmospheric restaurants. When you go in you can immediately ask for Antonio, who cooks and manages.

“Sanlúcar de Barrameda is definitely the place to go, the place to dine and sample all the riches it has to offer. To discover the local gastronomy, I recommend my best fish and meat platters - 'pisto con huevo' (a ratatouille-style dish with eggs), prized king prawns 'langostinos de Sanlúcar', and cazuela de corvina (sea bass stew),” Antonio told SUR in English. 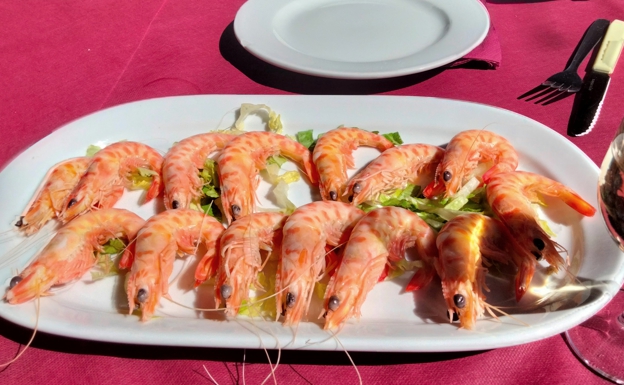 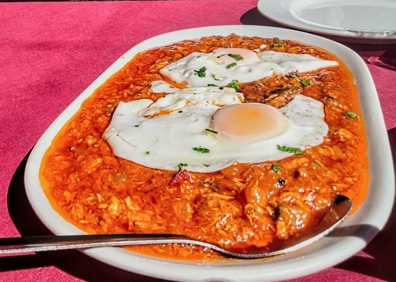 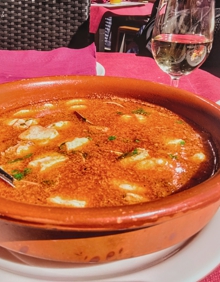 The chef can also accompany you to the dark corridors where the manzanilla matures. The wine served here comes from the cellar and the ingredients for the dishes from the old market (Mercado de Abastos), which is only 20 metres away. You can even buy what you like at the market and then bring it to Antonio's kitchen to 'transform' your fresh produce into tasty dishes.

Sanlúcar de Barrameda is a unique place to try 'alpisteras'. Alpisteras are one of the very simple Spanish pastries that are made from of just a few ingredients - egg yolks, flour and aniseed, and lemon juice with sugar for the icing. The name 'alpistera' could refer to the Alps with their snowy peaks, but in fact (like many other cakes in Andalucía) alpisteras come from Arabic cuisine. 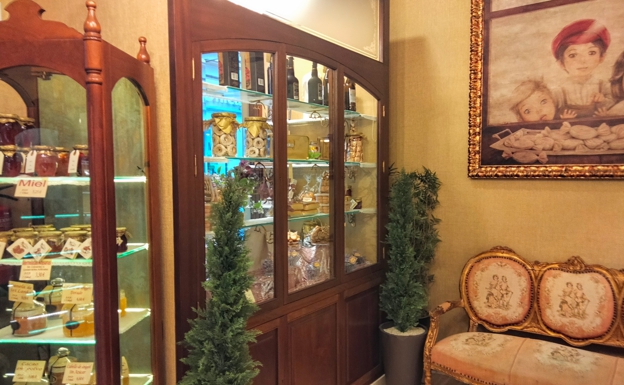 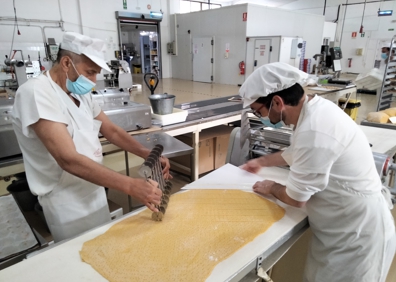 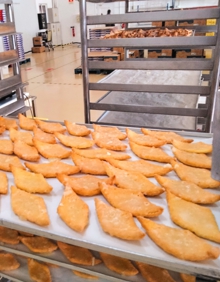 The alpisteras are made in La Rondeña, a confectionery company with roots in Malaga province. The father of the current owner, Carmelo Jiménez, moved to Sanlúcar from Ronda to start his sweet business. In this elegant confectioners, located right in the centre of the town, you can buy many other cakes in pretty wrappers and packaging as a foodie souvenir.