The old Butano land is a popular parking place for motorhome owners. / f.j.

Henry and his wife live a nomadic lifestyle. They arrived in Malaga at the end of April, travelling from Valencia in their motorhome. “It’s great. We were keen to come here to enjoy some fine weather and the beaches,” Henry told us, before getting on his bicycle and heading off for a dip in the sea.

Their motorhome is parked on the old Butano land, their third parking place in the city after the Martín Carpena sports complex and Sacaba Beach. They are not alone, by any means, because this piece of ground between Sacaba and the river, which has been unused since Repsol dismantled the old gas tanks in 2007, has become very popular with motorhome owners. Curiously, this is where people always used to park, until the council decided to allow 100 motorhomes to park in an area of the Martín Carpena car park for no more than 72 hours at a time.

However, the lack of controls and Malaga’s attractions for tourists meant that more than 300 vehicles were parking there. In response, the council’s Mobility Department banned overnight parking at the Martín Carpena altogether at the end of February and, as there are no other official sites, people have been seeking out alternatives in different areas.

The situation now is that there are no motorhomes in the parking area beside the Carpena complex, but there are plenty all around. “Until they tell us otherwise, we will stay here because we have everything we need nearby,” says Laura, who has one of the dozen motorhomes at one side of the sports stadium. Most, however, headed for Sacaba Beach, initially in the car park at the entrance to the urbanisation, which caused complaints from local residents, and then to the Butano site. That land is privately owned (by Repsol) so City Hall does not have the power to ban motorhomes from it.

According to council regulations, motorhomes are free to park in the city as long as they do not use awnings or put chairs or other furniture alongside. In other words, they can park but not settle down. Caravans, on the other hand, are banned from parking in the street. 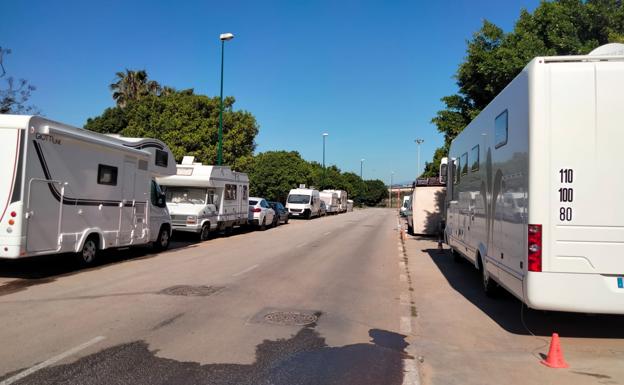 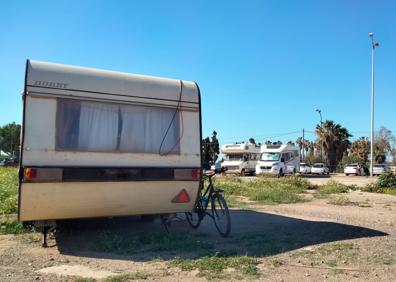 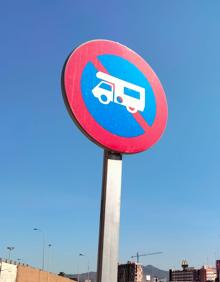 Sources at Malaga council admit that no progress has been made in finding an alternative site, as they had promised at a meeting with the Plataforma Estatal del Karavaning (PEKA) group. “We are still working on it, but have not found a definitive solution yet,” says councillor José del Río, who believes that having these vehicles scattered in different parts of the city causes fewer problems than when there are large numbers in the same place and form a ‘mini-district’. Meanwhile, the PEKA association is hoping the council comes up with a solution soon.