Fuengirola kicks off Christmas with a show by local artists

The mayor switched on the artistic light display, made up of over 2,000 LEDs across the town

Fuengirola got its festive season under way last Friday with a spectacular artistic Christmas lights show, full of colour and music, and with performances by local artists. The mayor of the town, Ana Mula, was in charge of switching on the display in Plaza de España.

The local artists brought Christmas to life with a show which included a carol written by Antonio López and Virginia Rico specifically for this event.

The Fuengirola Christmas lights are made up of two million bulbs in a hundred streets, squares and other emblematic buildings. The town hall said that the LED technology was a sign of its innovation and energy-saving measures.

The Fuengirola museum also opened up a new exhibit called 'The Magic of Christmas', where nativity scenes from doctor José María García Verdugo's personal collection are are on display, alongside mockups made by children from schools around the town and a wishing tree.

The Christmas market also got under way in the Plaza de la Constitución, where 18 wooden cabins sell food, decorations and presents from local businesses, chosen specifically because their products match the festive theme. Two children's rides have also been set up by the town hall, as well as artificial snow. 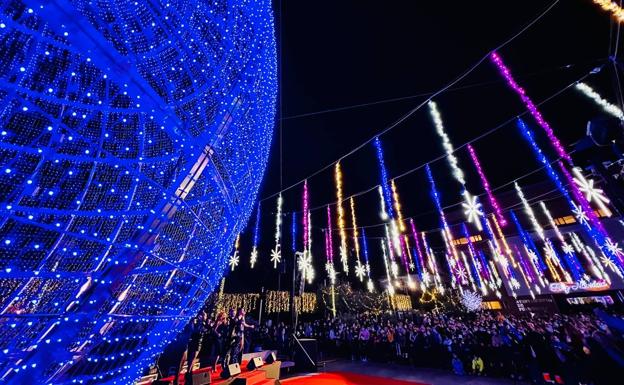 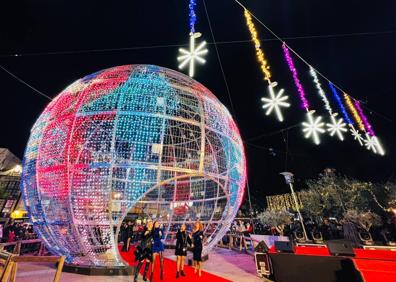 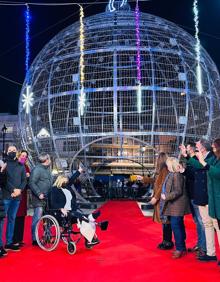 Fuengirola kicks off Christmas with a show by local artists. / SUR