Isabel Plaza and her dog Sultan, at the Atarazanas station on Malaga Metro / SALVADOR SALAS

New Malaga Metro link: "We can hardly wait for it to open; we're counting down the days"

Residents and business owners in the centre of the city have given their reaction after getting a sneak peek of the stations on the final stretch of the line, which is due to open in a couple of months' time

Around 200 residents and business owners in the centre of Malaga have been visiting the Atarazanas and Guadamedina stops on the new Metro service, in a series of visits organised by the Junta de Andalucía. This final stretch of the Metro is due to come into operation in a couple of months' time, before the August fair. SUR spoke to some of the first visitors, to gauge their reaction.

Isabel Plaza, who teaches language and literature in the Education Sciences faculty at Malaga university, was very pleased with what she had seen. “The station is lovely and the location is excellent as far as I'm concerned, because I live in Duquesa de Parcent so it’s very close to home and the market,” she remarked afterwards. “It has been worth waiting all these years for this”.

“I have been looking forward to seeing what the stations are like, and they are well-designed. A lot of people round here can’t wait for the Metro to reach the city centre,” said Rafael Razquin, who owns a company that distributes professional cosmetic items.

Horacio Gallego, the owner of a new wine shop in Calle Ancha del Carmen, in El Perchel district, and his wife Elena del Rosario, are sure the Metro will help their business because it will increase the number of visitors to the area. “They are working flat out to have it in operation by the time of the August Fair, when there will be so many tourists, but it’s best for them to take their time and not rush it, so everything is perfect,” said Horacio. 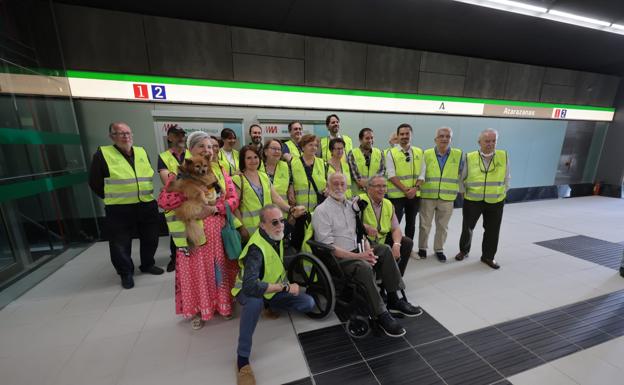 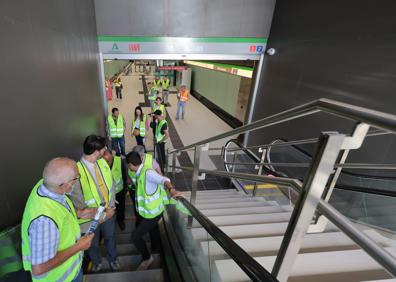 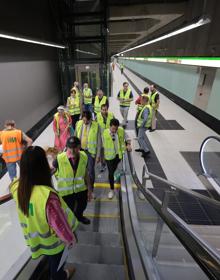 Elena, however, is more impatient. “I want it to open as soon as possible. I have lived in other cities with a Metro and I think it is a thousand times better than taking the bus. Still, we have been waiting seven years for this, since they started work at La Alameda, so another couple of months won’t make much difference,” she said.

“Malaga is a progressive city and this Metro is what it deserves. It is a sign for the future,” said Francisco Benítez, who lives in Nueva Malaga but comes into the city centre every day to shop and walk. For him, the biggest problem at present is the number of cars and the difficulty in parking. “This will mean that more people come, because they won’t have to worry about that any more,” he says.

“It is going to be very successful. It will bring more life to the city centre, and there are going to be very good connections with other districts. I like it very much,” said Pedro Montes, the vice-president of the Business and Commerce Association of El Perchel, for whom the visit had been a reassurance that the long-awaited Malaga Metro will benefit businesses and residents alike.