The Maro-Cerro Gordo cliffs at the easternmost point of the Costa del Sol. / SUR

Natural beauty spots next to the shore

Some areas are protected as monuments or beauty spots, while others are recognised for their biological value

Between Nerja and Manilva there are 200 kilometres of coastline and a wealth of beaches, seafront promenades, marinas and even different places and buildings of historical and cultural interest. However, despite this being a densely populated area, especially west of Malaga city, there is also a place for nature.

Flora, fauna and geology are some of the attractions of La Axarquía, the Costa del Sol and Malaga city itself. Some areas are protected as monuments or beauty spots, forming part of the Network of Natural Areas of Andalucía, while others are recognised for their biological value, although to a lesser extent. However, they all show the greenest and most sustainable face of the Costa del Sol.

Since 2011 the sands of La Chullera, El Negro and Los Toros have been classified as the Playas de Manilva ecological reserve, a stretch of the western Costa del Sol which is separated from all the seafronts and mass construction around it. In fact, thanks to the lower urban pressure and the conservation of some botanical species, such as the sea lily, this is now one of the most valuable natural enclaves on the Mediterranean coast of Andalucía. It is not easy to access - in many places there are only dirt tracks - but it is worth the effort to enjoy this piece of coastline. You can also see it from the Senda Litoral (the coastal path that will eventually link all of the towns on the Costa del Sol).

Next to Cabopino beach in Marbella is one of the most valuable dune complexes in the Spanish Mediterranean. In fact, thanks to their geological peculiarity, these dunes are now protected as a natural monument of Andalucía. In recent years the area has been improved by the installation of walkways and wooden bridges, so that people can walk there without damaging the dunes or the fauna and flora. As well as this dune system there is also a lovely beach to enjoy, and Cabopino marina is nearby. Next to this dune system you will also see the Torre de los Ladrones, one of the old watchtowers on the Costa del Sol.

Between the beaches of Sacaba and Guadalmar in the municipality of Malaga lies a haven for bird lovers. This green area, covering 67 hectares, is considered one of Europe’s biological treasures and more than 250 species of birds can be seen there during the year. In fact, during the migratory season, as many as 80 different species have been identified in a single day. Many of them are, however, just passing through, because this is a favourite spot for migrating species such as the pink flamingo. Among the many birds that can be found all during the year are cormorants, common pochards, little vultures and mallards. There are also two short walking routes and wooden hides from which to watch the birds.

East of Malaga city, this is where La Cala del Moral and Rincón de la Victoria meet, and it is also where you will find some of the most spectacular cliffs in Malaga province. This rugged area is home to the ‘siempreviva’ plant (Limonium malacitanum), a botanical species which is native to rocky areas of the Mediterranean coast. Nowadays this limestone promontory is crossed via a tunnel which was once part of a railway line. You can walk along the top of these cliffs, which link Rincón de la Victoria and La Cala del Moral, thanks to a winding stretch of promenade and the tunnels which were built for the trains to pass through.

This stretch of coast, also in the municipality of Rincón de la Victoria, borders the area of Torre de Benagalbón, a small village with its own identity which nowadays is mainly residential. There is an ecological route here, which is part of the Senda Litoral coastal path and the Gran Senda (the Great Trail, a walking route around the entire province of Malaga). As well as a particularly quiet beach, especially on weekdays, it is unusual because different species of native flora are found here and because there is no seafront promenade.

Although not as important as the Guadalhorce river estuary, this natural enclave between the beaches of Almayate and Torre del Mar is still of great interest to ornithologists, because of the presence of different types of migratory birds. Today it is one of the best places to see species such as black-headed gulls and Audouin gulls, and others which are not as common, like the Kentish plover, osprey, marsh harrier and marbled teal. There have been several applications for this estuary - it is a delta now but was part of an estuary in Phoenician times - to receive greater protection (or even be classified as a nature reserve).

The most easterly side of Malaga province is now protected as a natural area because of its great ecological value. In this case, we are looking at a narrow strip of coast, 12 kilometres long and covering over 1,800 hectares, with steep cliffs which are actually the foothills of the Sierra de Almijara. This rocky area, which has been eroded by natural elements, has not only taken on some unusual shapes but also has numerous coves bathed by crystal-clear waters, where the seabed can be seen very clearly.

Apart from its geological value, the Acantilados de Maro-Cerro Gordo area is famous for marine biodiversity. In total there are ten coves which are strikingly beautiful, whether seen from the road above or when sunbathing on the sand. The sea here is home to a large variety of crustaceans, molluscs and fish, including moray eels and conger eels. There are also some important botanical species on land, such as the mastic tree, juniper, fan palms, wild olives, Balearic boxwood and carob trees. 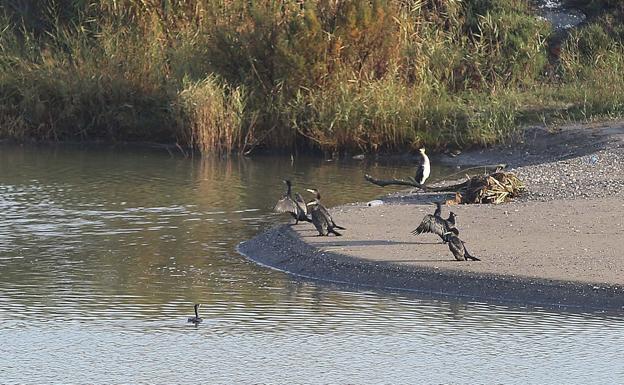 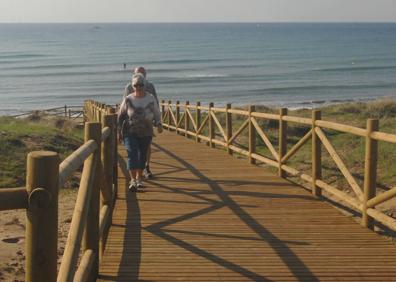 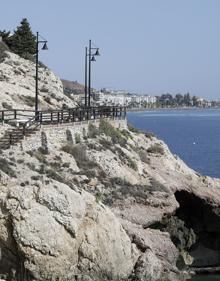 Some natural beauty spots on offer in over 200km of coast. / SUR