Attraction. This village in the Ronda mountains has embarked on a project to attract tourists to the area around Los Caballeros dam, which includes a walkway at the Hundidero gorge similar to the famous Caminito del Rey

Montejaque council is embarking on this Ronda village's most ambitious project ever. Its aim is to boost the local economy, fighting depopulation and recovering its cultural and ethnographic heritage. The town hall is now drawing up plans, which they began studying ten years ago, for the area around the Montejaque reservoir, and carrying out improvements in order to have it protected as a fluvial reserve.

The most striking part of this project is the restoration of a walkway leading to Los Caballeros dam, which will be called the Caminito de Montejaque or Caminito de los Caballeros, and will be similar to the famous Caminito del Rey.

Many parts of this project are aimed at attracting scientific and nature tourism, by regenerating the area and making it possible to visit Los Caballeros dam, which has been inaccessible for nearly a century. With this in mind, the Taviznilla path and the walkway over the dam have been restored, and two via ferratas are in the process of being created on the inside of the wall. The idea of a suspended walkway or Tibetan bridge (made of transparent methacrylate and, at 75 metres, the longest in Europe) is currently in the study phase.

The project, whose first phase will be inaugurated in 2022, is very ambitious and covers an area nearly 400 hectares in size

Further ahead, there are plans for: a Tree Museum in the area called Los Cucaderos; four birdwatching observatories (the area is home to species such as griffon vultures, peregrine falcons, eagle owls, kestrels and Egyptian vultures, all of which nest there) in addition to the existing bee-eater observatory; a cycle-tourism route; signs with sensors to indicate the adapted paths, for people with visual and intellectual disabilities, which were created in 2013 and cover 5.5 and 3.2 kms and have explanatory panels in Braille; and finally, the reconstruction of the Isla en la Puente, (famous in history for the battle against the French troops in 1810 after the Napoleonic invasion) which would sustain a 10-hectare stretch of water.

Recreational activities such as walking, jogging, climbing, potholing and kayaking will be possible on and around the reservoir. There are also plans to convert 18 kilometres of pathway into a usable track along the old cattle trails. 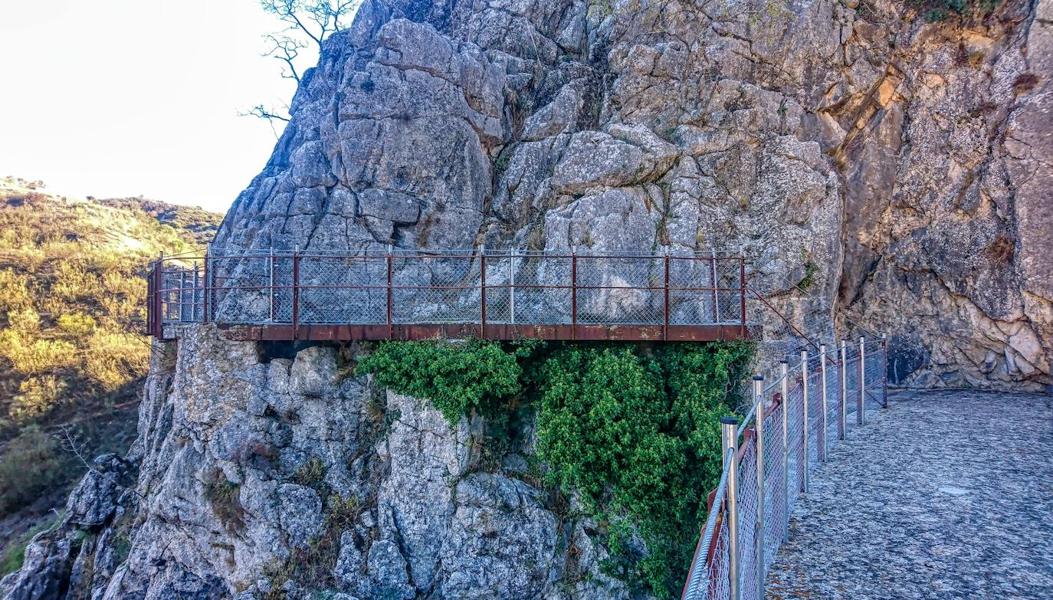 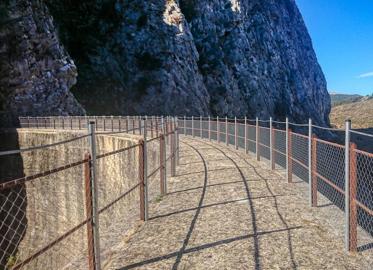 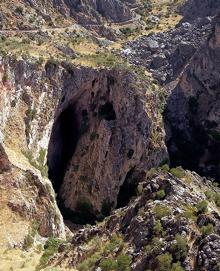 In the first half of next year the council expects to inaugurate the works carried out in the area of the Cueva del Hundidero, a cave which was classified as a Natural Monument of Andalucía on 29 April 2019, which cost 97,000 euros. (It had already been classified as a Site of Cultural Interest, or BIC, in 1985).

For the mayor of Montejaque, Diego Sánchez, this is "a definitive boost for the recovery of the local economy because of the jobs it will create and the number of visitors who will put us on the map. It is a major project which has taken a long time, but will soon be a reality. We are very excited about it," he says.

Ecological restoration and environmental improvement works will be carried out in the area and in and around the Cueva del Hundidero, an impressive karst tunnel through which the Gaduares river, which is also known as the Campobuche, flows. This has created an intricate system of underground galleries which reappear at the Cueva del Gato in Benaoján, which was classified as a natural monument in 2011. The cave, whose entrance is in Montejaque, is home to one of the largest settled colonies of cave bats. The works in the nearby area will include a pathway to the cave, another along the Hundidero gorge and two via ferratas totalling 150 metres between this gorge and the Taviznilla path. The 1,450 square metre car park is almost finished, and so are a 450 metre path to the cave, another of 200 metres leading to the Hundidero gorge and a final one of 75 metres at Taviznilla, to the top of Los Caballeros dam.

For Juan de Castro, the founder of the Sierra de Líbar foundation, who drew up the plans, this will be an exciting way to enjoy one of the most important geological areas of Andalucía, as the project will incorporate new technologies by using augmented reality simulators and virtual reality in 3D-360º-RV format, in an information area situated inside the cave. This will enable visitors to learn in detail about the history of the cave, from the prehistoric site which was discovered by Henri Breuil, to the contemporary history of the Montejaque reservoir, and also see all the mammals, birds, insects and invertebrates of the area through an application which can be downloaded to any mobile phone.

Since January this year, the minister for the Presidency of the Junta de Andalucía, Elías Bendodo, and the Tourism delegate Nuria Rodríguez have already paid visits to the site.

In the next few weeks the original riverbed will be cleared to make a brand new path from the Cueva de Hundidero to the internal side of Los Caballeros dam, where the two via ferratas will go.

These will be another major attraction and the plans for them have attracted a great deal of interest among people living in the Serranía de Ronda.

This project for the Montejaque reservoir complex, which will cover nearly 400 hectares of land from the Puente de la Dehesa bridge to the cave, and will include 18 kilometres of paths recovered from old cattle trails, will be completed in 2025, coinciding with the 100th anniversary of the reservoir complex.

The cost will be around two million euros.