A huge influx of locals and visitors to Malaga city centre on Monday, 7 December, a public holiday marking Spain’s Constitution Day, saw traffic grind to a halt in many parts of the provincial capital during the day.

The problems started in the morning and worsened thoughout the day, peaking in the afternoon when the city was besieged by people wanting to take in the Christmas lights in Calle Larios, the video-mapping show that is projected on the Cathedral tower or shop for local products at the Sabor a Málaga food and drink fair.

This was even despite the fact that the City Council decided at the last minute not to close the central Alameda thoroughfare to private vehicles. It originally announced that it would do so from 3 to 8 December between 6 and 10 pm and every weekend until the end of the Christmas festivities for safety and security reasons.

From early in the morning, there was a steady influx of people enjoying the city centre although many shops were closed for the national holiday. Queues were soon reported at the entrances to public car parks as the traffic started to build. As the problems intensified during the afternoon, police officers were drafted in to regulate the flow and attempt to minimise the delays. 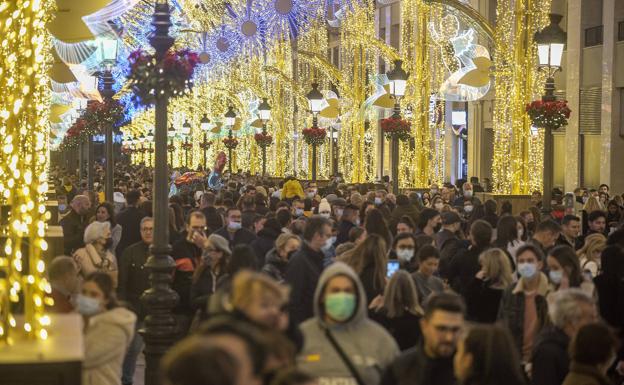 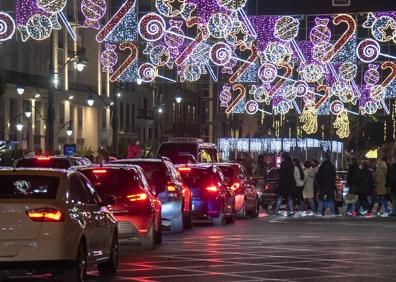 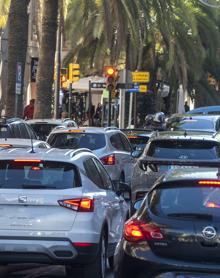 Given the experience of previous days, the Local Police closed the accesses to some central public car parks to avoid the queues of cars waiting to access them, when they were already full, which added to the tailbacks.

Tens of thousands of people from Malaga and further afield filed through the city centre streets, with queues to eat and drink at many bars and restaurants. A common sight was the ‘full’ sign outside heaving hospitality businnesses.