A piece of Malaga now at the heart of Lego

He so wanted to have his very own Lego Johnny Thunder that as soon as they left the toy shop he began to put it together in the car on the way home. For two years running he also won the competition for building with Lego pieces that was organised by a local shopping centre, and, with his father's camera, he used to create stories about his articulated characters in the form of stop-motion films.

"You see, I have been a fan ever since I was little," admits Diego Sancho, from his home in Denmark, where he moved eight years ago to fulfil his childhood dream: to work for the company that makes his favourite toys.

The story of this young designer from Malaga fits (like one piece of Lego into another) the image of a childhood fantasy come true, as Sancho himself describes it:

"I was about 11 and I loved the Final Fantasy VIII videogame," he says. I made a design with Paint, with characters like Lego minifigures and I sent Lego a handwritten letter asking them to use my favourite videogame in their sets. I was that cheeky..." he says, laughing.

"They answered me in Spanish to thank me for the idea and told me that I should study to become a designer. They even sent me a keyring, it was incredible."

And so Sancho, who is 33 now, first studied Graphic Design and then Photography at Malaga city's San Telmo art school. While studying the latter, he presented his credentials to the giant Danish toy firm which was founded in 1932 and has nearly 20,000 employees around the world. They encouraged him to improve his English, so he set to work and his next application was successful.

"I'm a senior graphic designer, the person who designs the figures, the stickers and the decorated bricks that go in the sets. My work ranges from thinking what boys and girls all over the world are going to like in the next two years, to testing the toys on real children, participating in the production process... it's really cool," he says during our Zoom conversation.

It is a dialogue in which he sometimes has to rack his brain to think of the words in Spanish to describe an idea or an object, a sign that his first stumbling block, his grasp of English, has been well and truly resolved.

There was something else he had to resolve when he first moved to Billund, the small town where Lego has its headquarters: "It bothered me that there was no noise at night. I couldn't sleep because it was so quiet. I come from La Paz district of Malaga and it's very busy there... so I had to move to Vejle, a town which is a bit bigger, where there is more noise. I need to hear a bit of life going on around me," he explains.

The bustle is something that Sancho misses, especially when it comes to leisure: "I really miss some of the things we do at home, like improvised get-togethers with friends in a café, and things like that. I'm used to the different mealtimes now, although everything here is very programmed and it takes a bit of getting used to. However, he reflects: "Out of all the difficult things there are to deal with when you move to another country, one is that you have to make the effort to understand yourself a bit better, especially in a place where the culture is so very different."

He has plenty to boast about, but the way he speaks, his own way of being in the world, seems far from pompous. It is he who points out, for example, that even though it only has just over 25,000 inhabitants, the Danish heart of Lego, Billund, in addition to the company headquarters and Legoland, an airport with direct flights to Malaga. "That has helped me to cope," says Sancho, who has created various designs for series such as Lego Friends, DC Superhero Girls and Lego Dots. 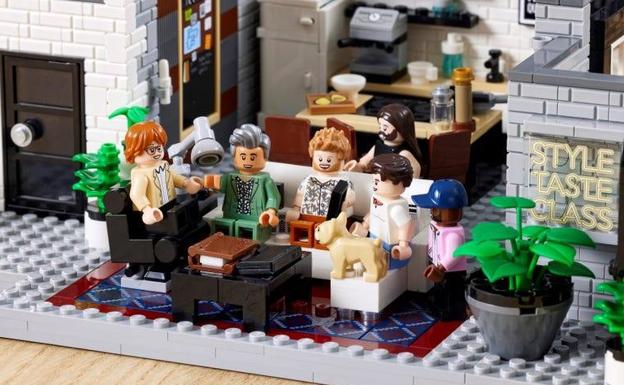 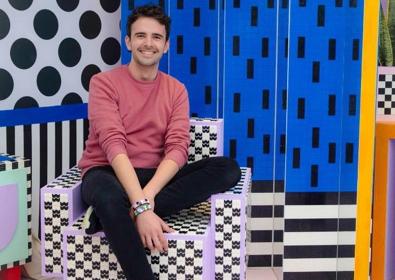 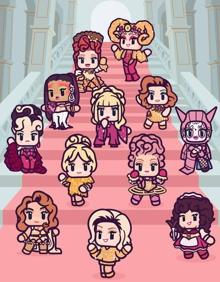 Top, the Lego set inspired by the series Queer Eye. Bottom, Diego Sancho and more of his designs. / SUR

Although, if asked to choose, Sancho goes for the work he did for the set inspired by Queer Eye, the TV series featuring LGBT characters which has marked a milestone in the history of the company as an example of its commitment to making social diversity visible.

"The Queer Eye project was very important for me because I am very involved in everything to do with diversity and it was incredible to participate in that set, because we had never done anything like that before," he says

A change in people

"At the press release for the presentation, an elderly man burst into tears of joy because he had been a fan of Lego since he was young and that step meant so much to him, because until not long ago the word 'queer' had been derogatory. At moments like that, you realise you can really make a change in people's lives," says Sancho, who has also explored his creativity and commitment in other areas.

"Apart from my work at Lego," he explains, "I also have some personal projects, like Monstro Universo, for example. Working in Denmark and for a company as multicultural as Lego, you experience a lot of other cultures and it is important to stop for a moment to learn from them and understand why they react differently to the way we might react. That mentality helped me to become an ambassador for Diversity and Inclusion in the company, but it also helped me to work on my project Monstro Universo, in which different crypted beings (diffuse creatures like the ones in some fairy tales) from all over the world have their problems and fears just like any human. The aim is to show that we all have the same feelings and we want to be understood even though we come from different parts of the world," he says.

Sancho also had help from his teacher at San Telmo, Noelia García Bandera, in producing his first book, Yeti, el Adorable Monstruo de las Nieves, which is published by Ediciones del Genal in Malaga. "Although I haven't had the time so far, I would like to write some more books about other monsters," he says.

Monsters like the one that sometimes appears in the form of homesickness, although Sancho manages to keep it at bay: "I miss the life in Spain and my family, but it would be difficult to find a job like this, which gives me so much and enables me to make such a mark on so many people. I think I still have a lot to discover and to find out about myself here," he says.