From the outside, this Canary Island may seem like a tourist trap catered towards holidaymakers, but it deserves to be discovered

Before moving to Spain, I would never have considered visiting the Canary Islands. In my mind they were written off as a potential holiday destination; unfairly considered tacky and touristy.

Yet after a spontaneous trip to Tenerife some 15 years ago my misconceptions and prejudices were seriously challenged.

That short holiday escape from an unseasonably wet spring in Spain was such a revelation.

Revisiting Tenerife in 2022 has once again confirmed that this misunderstood island is a destination that not only deserves to be discovered but one that truly rewards the visitor.

You're not convinced to go? Here's ten reasons why...

The largest protected area in the Canaries, the Teide National Park cannot fail but to impress and inspire. The drive up, through graceful forests of Canarian pines and otherworldly landscapes of craters and lava flows, builds anticipation for one's arrival at Mount Teide, the highest peak in Spain (about 3,718 metres). There's plenty of hiking trails, places to stop to enjoy scenic vistas, and even a cable car that will take to almost the summit (remember to book in advance. You can hike the last part to the very summit, but you have to book a permit).

It's no secret that the Canary Islands are a volcanic archipelago, created as a fault in the earth's crust ruptured, spewing out molten rock. Each time the fault moved, a new island was created, resulting in the archipelago. It's this extraordinary, and violent history that has created some of the most compelling landscapes in the world, and Tenerife, as the biggest island in the group, is breath-taking.

My suggestion is to skip the theme parks and the captive dolphins and instead see the marine wildlife in its natural habitat. Blue Flag Certified companies offer whale and dolphin watching tours. Catching sight of pilot whales and bottlenose dolphins is almost guaranteed, and depending upon the season, chances are you'll also see other species too, including sea turtles.

Canarian cuisine extends well beyond papas arrugadas and the accompanying mojo verde or mojo picón sauces. Tasty as these are, Tenerife has a much wider gastronomy, influenced by the Spanish peninsula as well as the Americas. On menus, look out for Ropa Vieja Canaria (made with chickpeas, not meat) and 'Cuban' rice, made not only with meat and eggs, but also local Canarian bananas.

Tenerife also has its own wineries, including Ferrara Bodega, which makes a white that's a treat with the island's amazing seafood.

If you are heading off to see the marine life, then you will probably reach the coastal village of Los Gigantes. This is one of the island's most popular Instagram spots, with a view of the immense, 600-metre-high black cliffs, known as the devil's wall. At the foot of the cliffs is the small Los Guíos black sand beach, perfect for an afternoon laze in the sun. 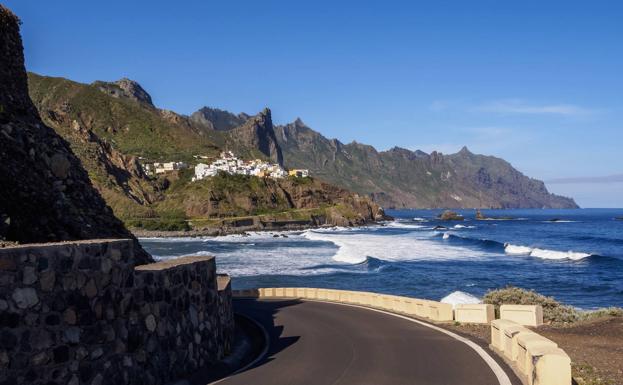 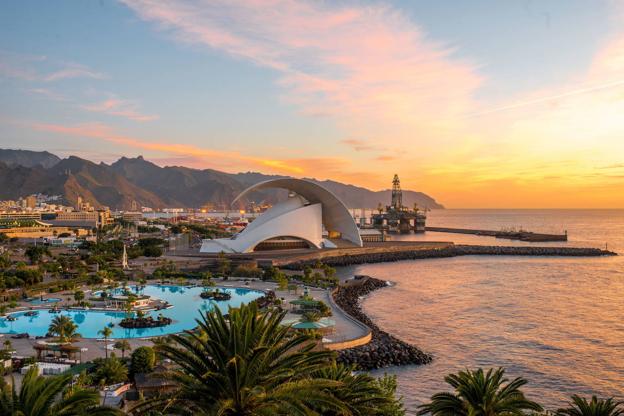 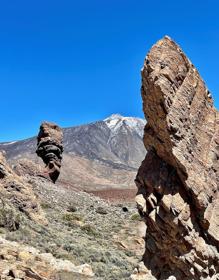 Away from the resorts, Tenerife has retained much of its rural charm. A half-day road trip (Cicar car rental has offices across the islands) will allow you to discover hamlets and villages like Masca, reached by a winding road that rewards you with remarkable views.

For a flavour of Tenerife's historical architecture, the World Heritage city of San Cristóbal de La Laguna can take you back as far as the 16th century.

The microclimates of Tenerife are a favourite topic of locals, and one of the reasons that the island has such diverse landscapes, like the Anaga rural country park. Found in the mountainous north west, this Biosphere Reserve, is a joy for walkers. From moss-covered trees in the higher areas, down to beachside Canaria palms, it's like a mini planet, full of different plants.

I stayed at the Ritz Carlton Abama, and each morning I'd wake to the compelling view of Gomera, the neighbouring island. It's hard to resist the temptation take one of the ferries to this rugged and green place, a favourite for its rich ecology, and impressive scuba diving.

Until I moved to Spain I was fairly ignorant of the country's strong carnival culture. Yet few places do it better than Tenerife. It's said that the Santa Cruz de Tenerife carnival is the second largest in the world after Rio de Janeiro. Think parades, concerts, theatre shows and plenty of partying.

Tenerife probably has the best choice of accommodation in the Canaries, from simple holiday rentals to the most luxurious resorts. As a well-established destination for international tourism, the quality of hospitality can be world-class.

Well, I couldn't sign off without mentioning probably the most compelling reason to visit Tenerife - its climate. Weather here is remarkably stable, with average temperatures that make it a year-round destination for sun. What's more, the diversity of microclimates mean that even if you have some days of showers or cloud you can more than likely escape them with a short drive.

Where to stay in style in Tenerife

Surrounded by authentic Canarian banana plantations, overlooking the ocean, the family-friendly Ritz-Carlton Abama fuses the allure of a Moroccan mountain citadel with the style and facilities of a contemporary resort.

Families will appreciate the Ritz Kids club and the dedicated pools, while couples will love the secluded beach and the luxury spa.