A cooler alternative in Portugal

Serra da Estrela Natural Park. Within a few hours of the Costa del Sol you can enjoy much lower summer temperatures and even low-priced accommodation and food in a mountain range with authentic and calming village life

When a hotel owner in one of the villages on the border between Malaga and Cadiz provinces told me that he closes everything in August because of hot weather and temperatures often soaring as high as 40C, I started looking for other locations to enjoy my holiday. It was logical to head north to find somewhere cooler and definitely with some mountains to enjoy peace and quiet.

Finally, my travels brought me to the rugged centre of Portugal, another country but with a landscape similar to Andalucía's, though more pleasant with much cooler temperatures.

Entering Portugal was actually unnoticeable. If you miss a humble Portugal sign along a quite road, you will only realise later, thanks to other signs and posters written in Portuguese. And of course my watch changed time, (our neighbours live like in Britain with GMT), and big black bull signs appearing from time to time at the roadside were suddenly substituted for huge black hens. The anticipated border check never came despite the Covid-19 restrictions and worsening situation this summer. Better than expected were some toll roads - the car seemed to be having its details scanned but without any charges being levied.

The signs indicated that Lisbon and Porto were not so far away but there was no need to go to the Atlantic coast. The idea was to find peace and harmony, and any coastal areas are, in August, full of people. The road was rising to the sky and stars were greeting me with their twinkling presence - soon I saw a sign welcoming me to Serra da Estrela Natural Park (Star Mountain Natural Park).

A British brand on the top

This park is notable for continental Portugal's highest peak (about 2,000m), Torre. The name comes courtesy of a tower. The observatory and landscape with ski slopes is reminiscent of the top of our Sierra Nevada, although the name Torre at first conjures up images of Torre del Mar and Torremolinos, which are often called just 'Torre'. 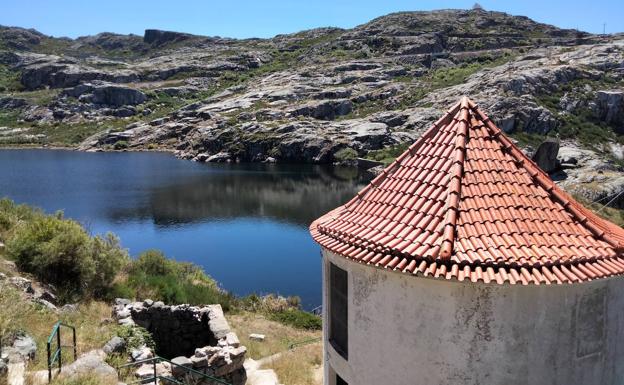 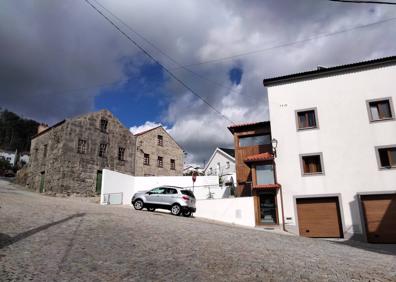 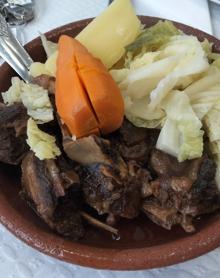 However, in comparison to the Costa del Sol resorts, Torre was almost bare - there were only about 40 cars parked with international plates - mostly from Luxembourg, Belgium, France and Germany.

In summer Torre is popular for those who want to trek, enjoy lakes and valleys and ravine-scarred countryside, or just have a nice lunch or visit a small mall containing a dozen shops selling plenty of leather products and other souvenirs and typical local produce.

Prices for local sheepskin boots are about 20 euros and for a woolly hat you will pay just five euros. A quite airy restaurant welcomes everyone who wants to try their local dishes. There are much more people in winter when its Vodafone Ski Resort opens. Incidentally, the ski resort got such a name in 2005, when the British mobile telecommunications company Vodafone started sponsoring the Portuguese winter resort and making improvements there.

On the road from the top of Torre you come to a small village named Sabugueiro, often considered the highest village as it is actually the nearest to the Torre peak. Sabugueiro is somewhat commercialised thanks to the ski resort. The main road that passes the village, with a population of fewer than 500, is lined by souvenir shops offering gastronomic specialties as well as clothes and shoes.

Additionally, there are five or six restaurants serving local food prepared as it is meant to be. It is important that all ingredients come from a farm and orchard. Goat stew with cabbage and boiled potatoes is typical. It is easy to work out what each dish is and they are reasonably priced. Local red wine, served at the table, will cost you four euros a bottle.

Rural tourism aims to enable everyone to have a more direct and genuine contact with agriculture and local traditions through home-based accommodation in a rural and family environment. Sabugueiro's guest houses offer well-equipped rooms with impressive kitchens. For example, Casas Da Ribeirinha are privately-owned stately manors that combine tradition and exclusivity with home comforts.

Everything is surrounded by beautifully designed gardens, vineyards, fruit orchards and woodlands. In the morning you will hear cockerels crowing and sometimes the bells of the local church. For bigger families or groups, the larger hostel Abrigo da Montanha is a good choice. The price in summer ranges from 30 to 45 euros with breakfast included.

The essence of living in a small village, where everybody knows each other, is to be closer to people by just sitting on the street with coffee and watching the local routine and practise Portuguese greetings. So, my advice is to have breakfast in a local cafeteria where you get very delicious coffee for 90 cents (they drink mostly strong coffee in small cups) and a sandwich made with local goat cheese or ham.

Incidentally, local bread is something special in this region. Sabugueiro has even a community oven, a place full of generational history. Over the years, it was used by almost all the families of the parish to bake bread named Pão do Sabugueiro. Even today it is possible to watch many inhabitants who arrive there with the trays on their heads to bake the tasty bread. If you daren't bake your own, then pop out every morning around 9.30am to the street where the baker comes and offers his bread, buns and different sweets filled with typical cream for sale. For example, two croissants with egg cream cost 1.20 euros. There is also a bread museum in a neighbouring village as well.

People are much calmer and they impress you with inner shyness. Humble would be a word to describe the life of locals. To get even closer to the peace and quiet, I decided to experience local beauty and bathing spots. The area is covered with giant rocks and small lakes whose banks are adopted as inland beaches.

The water is quite cool and indeed similar to the water of the Alboran Sea of the Costa del Sol, though without the salt. Incidentally, water wells are everywhere. And local people still go to the wells to fill bottles with tasty water. It is actually bottled in local factories but it is not as famous as Lanjarón.

Rural tourism is also about animals. Here you can meet herds of goats and flocks of sheep everywhere. The most peculiar thing is the local shepherd dog. Sabugueiro is in fact known to be one of the main breeding sites of this famous canine, whose image is portrayed on many of the souvenirs. In the village you can find a dog shelter and even places where you can buy puppies. They are everywhere. Nevertheless it looks like they aren't used much to herd sheep - they guard the streets of the village, walking around or just lying in the middle of the road. Unsurprisingly, the doors of the houses are almost never locked.

Portugal made it mandatory this summer to show a vaccination certificate before hotel check-in, although only in some places were the QR codes actually scanned. It seems that the Portuguese are flexible.

Incidentally, to enter restaurants you are also required to show the certificate, though this is only at weekends. Other days there were no restrictions. At the same time, no fruit shops and even supermarkets told you to use gloves when selecting fruits. In the local, big supermarket the butcher selected meat with bare hands, and even some public wells are equipped with a hanging copper mug on a chain to share with anybody who wants to drink fresh water.