Francisco Sierra with documentation that certifies ownership of his house. / MIGUE FERNÁNDEZ

Alfonso XIII, the present king's great grandfather, was given the first home built in the new city district of Ciudad Jardín, and he donated it to the widow of a soldier killed in battle

Francisco Sierra keeps as safe as a religious relic the box which certifies the ownership of his home and its historical link with royalty. It is a small wooden container with dilapidated hinges and once held the first keys to his property. Upon request, Paco, as he is known to his friends, opens it slowly, as if there were a fragile musical ballerina inside.

"This box contains the key to the first house in Ciudad Jardín in Malaga owned by HM King Alfonso XIII," reads a faded inscription inside the lid.

Paco, however, does not have blue blood, nor has he ever met the descendants of Alfonso XIII (who was King Felipe's great grandfather).

The house is lived in by the lieutenant's grandson, who has been remembering the centenary of his death this year

Paco is the grandson of army lieutenant Justo Sierra, who died 100 years ago this year in the Moroccan War, and Remedios Jurado, a young woman from Malaga to whom the king donated the first house in this new area of the city when she was widowed. "Nobody else can say they live in a king's house," he says, proudly.

His grandfather died from a head wound on 21 July 1921 in Igueriben in North Africa, and Paco and local associations have been trying to make sure the whole city knows about this anonymous hero's career.

Although some people may be aware of the role Commander Benítez played in that 1921 battle, few remember that other soldiers lost their lives and also deserve a place in the collective imagination. For that reason Paco and the others have been organising exhibitions and events to explain the story.

The king's cottage is in Avenida Jorge Silvela in Malaga city and it was handed over to the lieutenant's widow on 11 February 1927. It is one of the single-storey houses opposite La Rosaleda football stadium, and was part of a project which was initially for 54 properties. They were built by a company aptly named Casa Baratas, (cheap houses), to provide better affordable homes. Ironically they were among the best to be found in the city at that time.

"People were used to living in communal buildings with a latrine in those days, so these houses seemed really luxurious in comparison," says Paco.

For the construction of that first Ciudad Jardín district, land was chosen beside the Guadalmedina river which was being used for nothing but growing vegetables, on the then-outskirts of Malaga.

The aim was to build houses which were "hygienic, spacious, bright and economical", and to facilitate their construction, the government donated 570,654.80 pesetas to the construction company. 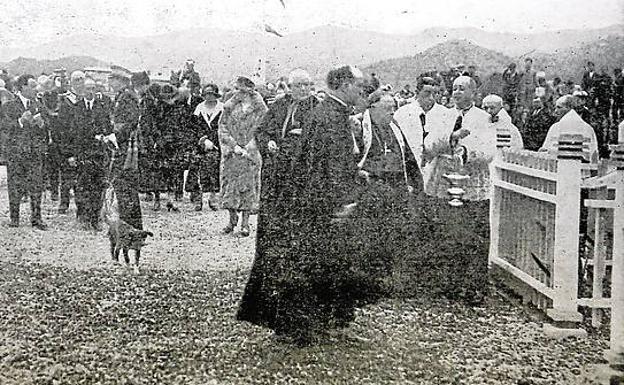 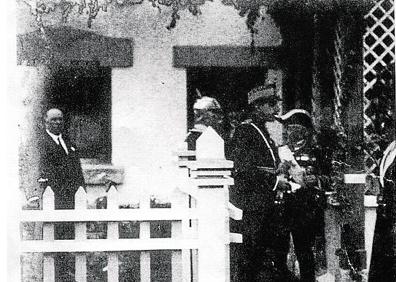 Also, according to a report drawn up by the same company, to improve the quality of life of the purchasers there would need to be different facilities in the area, such as a church, schools, a park, trees and gardens, sports fields, a spa and street lighting.

The history of the Sierra family

Paco Sierra explains that his grandmother lived in this house with her four children. After some time, his mother joined the Falangist right-wing movement and moved to Barcelona, which is where she gave birth to him. However, his grandmother would not accept her daughter being so far away with a baby and forced her to send him to Malaga. She did so when he was just three months old, and he has lived ever since in this same house, where he has married and had three children.

Despite his family history and the story hidden behind the walls of the house, few of the Salinas family's neighbours are aware of the existence of the war hero nor that Alfonso XIII had links with the district.

"None of the first owners are here now, but it is important that the history is kept alive," says Paco, as he shows us numerous photos and cuttings from old issues of Diario SUR newspaper. One of his favourites is a comic published in May 1981, with the title 'The hero of Igueriben'.

The president of the Ciudad Jardín residents' association, Juan Carlos Valdivia, does know the history of these houses. He says they were built with the idea of donating them to people in need, especially soldiers and those who worked in construction, who at that time earned very little money. In the case of the house which was given to Salinas' widow, he says it also has a mosaic of the Virgen de la Victoria which was created in 1927 and may be the oldest in Malaga.