The Bobadilla-Algeciras railway is to be renewed to improve freight transport across Andalucía. / KARL SMALLMAN

Central government doubles its investment in Malaga, but leaves out Costa train again

The budget going to the province in 2022 is around 400 million euros, of which 57% is for the railway line between Bobadilla and Algeciras

The national government's proposed budget was published this week, once Minister of Finance María Jesús Montero had delivered it to the Spanish parliament for consideration. And with it came details of the planned expenditure for Malaga province.

Ministers in Madrid plan to double investment in Malaga compared with this year, but once again they have left out the project for the coastal railway extension, making only a token gesture towards another project which has been talked about for several years, namely the northern road access to the airport.

The money allocated for the province next year amounts to 400 million euros, compared with the 195 million this year, although the greatest sum is earmarked for one single project: the renovation of the Bobadilla-Algeciras railway line, which will include work on the tracks, electrification, increasing the clearance in the tunnels and everything necessary to boost freight transport to the port in Cadiz province and the future dry port of inland Antequera.

The northern road access to the airport is included in the budget, but with the small sum of 100,000 euros

The investment assigned for the part of the line in Malaga province is 227.3 million euros, which is 57 per cent of the expected total. It reflects the government's main commitment in the province, as nearly six out of every ten euros allocated to Malaga province will be spent on this project.

Subject to the most delays

With regard to this major investment, sources at Adif explain that this stretch of the line has been subject to the most delays and therefore requires the most money. This refers to the line between Bobadilla and Ronda (70 kilometres), which needs complete renovation including improvements to the tracks, the third line and sidings of up to 750 metres, one of which will be at Campillos. In addition, the whole 176 kilometres of the line will need to be electrified. This work is financed to a large extent by the EU funds.

In addition to this, there are the works which will be necessary for the new 'rail motorway' project (the possibility of transporting lorries on board freight trains from Algeciras to Zaragoza), part of the European central corridor, which will need costly works to increase headroom in the tunnels.

The commitment to this railway project is in marked contrast to the government's interest in a train service along the coast from Fuengirola to Marbella or Estepona, a project which appears to have been almost abandoned. The budget for 2022 includes the sum of 82,930 euros for this, the same amount as last year, which shows that this is not a priority for the present government because the investment is more symbolic than real.

Continuing with the investment in railways, 26.1 million euros have been allocated for works on the local Cercanías lines in the province, although the document gives no further details about specific actions to be carried out.

While on the subject, it is interesting to note that although the works will be carried out in Cordoba, the main beneficiaries of the AVE bypass at Almodóvar del Río will be Malaga and Seville, because it will reduce journey time between these two big Andalusian cities. The sum of 8.3 million euros will be invested in this project.

With regard to highways, this budget includes the token sum of 100,000 euros for the northern access to the airport from the A-7 outer ring road, which is very different to the 13.3 million euros which were allocated for this year. However, this project is currently on standby, awaiting the negotiations between the government and the Junta de Andalucía over the construction of a linked distribution road at the same time.

Another long-awaited project which will have to continue to wait is the rehabilitation of the Baños del Carmen beach, because the sum assigned for works to this iconic beach on the eastern side of Malaga city is just 100,000 euros.

The Provincial Library, which will be in the former San Agustín convent and school in the city, will receive five million euros of investment. This project, which will need a total investment of 20 million euros, has already attracted the interest of some major construction companies.

At the airport, the government plans to invest 44.5m on different improvements, including 21.6 million for security for people and facilities. Malaga Port, in the meantime, will receive 18.1 million euros, of which 2.9 million will be used for the refurbishment of the Levante dock.

About 656,000 euros have been earmarked for works by the General Police Directorate, while the Guardia Civil plans to spend 50,000 euros on projects, although individual details of these have not been released. There is, however, a sum of 75,000 euros for works at the provincial prison. 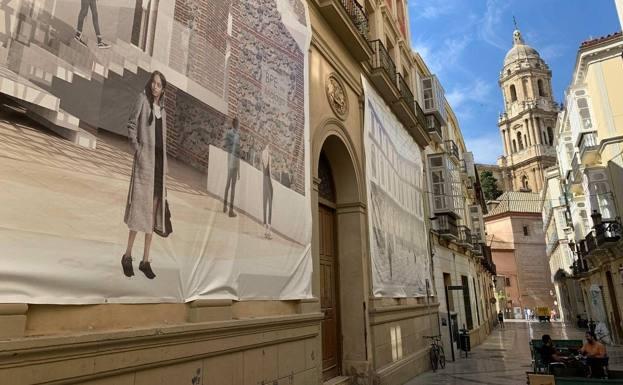 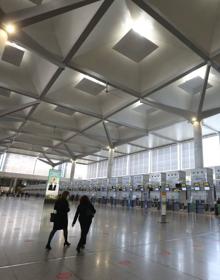 Funds have been set aside for the San Agustín library in Malaga, the outer ring road and the airport. / SUR