Crowds of over 230,000 people flocked to the beaches to enjoy the town's first air show since before the pandemic

Some 230,000 people headed to Torre del Mar's beaches in September for the town's first airshow since 2019.

A total of 35 aircraft flew over the skies at low altitude, with deafening sounds and spectacular colours during the show, which is in its fifth year.

The National Police Corps opened the proceedings with a demonstration of drones and a helicopter. Next up was the Aeroclub de la Axarquía, with their Bucker, before the Mallorcan paramotor pilot César Canudas astounded the with his pirouettes.

The Garra Patrol, from the Aeroclub Mar Menor and the Bellanca, an aerobatics flight aircraft acquired this year both made their debut at the event. The Malaga-born Camilo Benito, Spanish aerobatics champion in 2020, was the first of the afternoon displays, before the two North American Cessnas 337, flew overhead, also for the first time in Torre del Mar.

The CN-235 turboprop aircraft and the Guardia Civil helicopter gave way to the grand finale; the Aspa and Águila patrols of the Spanish air force and the spectacular and thunderous Eurofighter rounded off this year's show.

Deputy Mayor for Torre del Mar, Jesús Pérez Atencia, said the event was "a great success". "We knew we could accommodate a lot of people, we did it responsibly," he added. 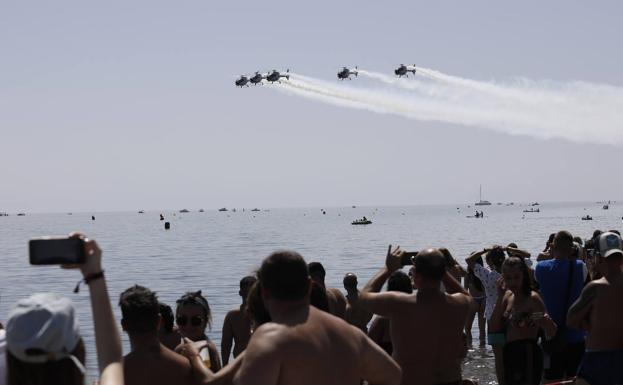 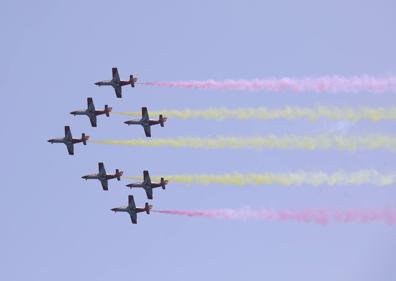 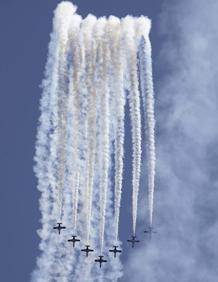