Memoirs of Jewish life found in a Costa market

Walter Bohne was 45 when he signed the final page of a book of his experiences at the time of both the First and Second World Wars, a moving eyewitness report that somehow ended up in Torremolinos

His name was Walter Bohne. He was 45 when he signed the final page, number 224, of a typewritten book of his and his family's memoirs, those of a young Jewish man in the time of both the First and Second World War. He was born in Berlin, where his life was "peaceful until the Nazis came to power". When he finished the book about his life he was in Paris, returning from the Swiss refuge to which he had fled with his little Monique in his arms. His story, a moving first-hand account of those turbulent years, appeared out of the blue a few months ago in the street market in Torremolinos.

It was there with some medals from the First World War, and these attracted the attention of José Antonio Fernández Molina. "This came from the same house," the stallholder told him, pointing to a book with a simple binding and nothing written on the outside.

As soon as he opened it he saw it: the word 'juif' (Jewish in French) written within a star of David. "I was gobsmacked," said this collector, researcher and expert antique valuer who is an expert in finding items from the past. How the book got there remains a mystery.

He enlisted in the French army, worked to save intellectuals from the Nazis and became a musician when the war ended

Across those pages, one part in German and most in French, there is a complete portrait of a Jewish family from Germany at the end of the 19th century and beginning of the 20th. It tells of the barbarity of the war, the hardships of the inter-war period and the dramas of the Jewish community under Nazi persecution.

However, Walter Bohne didn't write it to provide a harrowing account of war. By the time the book ends, in 1952, it was just seven years after the end of the war, too recent for a historical perspective about what had happened. He just wanted to make sure that his family's history was not lost. "It's interesting to know where we come from," he says.

For that reason the first page is a family tree that goes back to 1670 with Moses Ben Uri (Walldorf) and branches out from there throughout the whole of Europe and the USA. His line, the Bohne, begins in Berlin and ends in Paris and in London after the Second World War. He made eight copies of the book, to give to his relatives.

Walter Bohne writes in a cultured French, with a coherent, sometimes emotional and occasionally ironic tone. He is always sincere.

"When it comes to our children, I will not ask them to be loyal to us, but nor will I want them to be ashamed of our faults (...) the old idea of judging people and oneself according to our origins is outdated," he wrote.

He began his autobiography as Walter Bohne, but ends it with his new French identity. After the war, we read, "Walter could not resume his former business because he no longer had premises nor money. He became a musician and is known by the name of Jean Valbot." That is how the story of his past comes to an end.

José Antonio Fernández Molina has been able to verify the age of the text by subjecting it to the Wood's lamp test (ultraviolet light), which shows that the paper is from before 1945. There are also some clues to Walter's later life. An internet search reveals that Walter Bohne, with the pseudonym Jean Valbot, registered seven songs with the US Copyright Office in 1951 and 1955. They bear the label of Editions Pizzidaty, curiously the nicknames of his two daughters: Pittsy-Pitts and Daty. An official French government website notes the death of Jean Valbot; born in Berlin in 1907 and died in Paris in 1992 at the age of 84.

Walter Bohne came from a wealthy family. They lived near Alexanderplatz and had a "magnificent" Alfa Romeo. He studied the piano and "played difficult pieces with an impressive technique". He was a "puny" boy whose doctors forbade him from playing sport due to a murmur they detected in his heart. But without his parents knowing, as a teenager he became "one of the best runners" of his age in Berlin. Nor did he tell them the truth about why he left school: he wanted to help his family financially at a time of rampant inflation. In 1923, "to buy a simple shirt button you would need ten millionaires to give you their fortune".

His father was called up to fight in the First World War at the age of 43. He spent three years on the front. He returned, "but there was no tranquility at home. In fact, he was never himself again".

The fighting continued. From his window Walter heard how prisoners were forced to strip naked in the street and were then blown up with grenades. "I used to shake with fear and horror," he says. In the meantime, a heart condition was gradually consuming his father.

As soon as he could, he emigrated to Paris. There, he learned that his brother Fritz had been sent to the Buchenwald concentration camp, which he describes as being as sinister as Dachau. "Strong by nature, he was able to cope with the forced labour; morally strong, he never bowed his head and continued to be who he was, even maintaining his elegance". In 1939 Fritz was released on the condition that he leave the country within 15 days. He did so, and settled in London.

Walter tried everything in his power to get his mother out of Germany, but he couldn't do it. Liese Bohne witnessed the deportation of her friends, her sister, the suicide of her cousins... "In October 1942, it was her turn (...) at that time people still didn't know that the gas chambers and crematoria were what awaited those who were deported (...) She wrote a final letter to us, telling us she loved us and trying to give us courage. And then she went. Let us not talk about the rest. I never knew what happened to her." 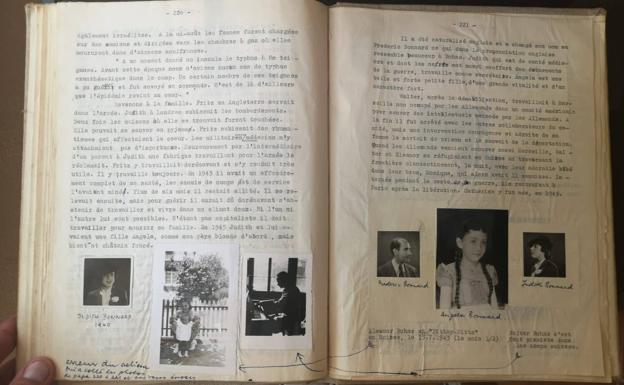 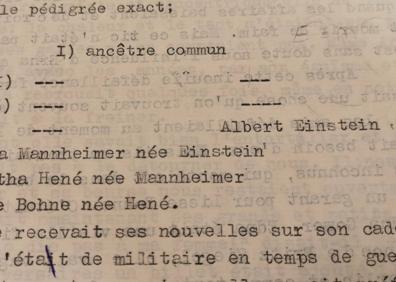 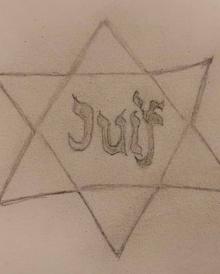 She died without ever knowing her granddaughter Monique, who had just been born, the first child of Walter and his young wife Eleanor Hené, "the ninth cousin of the great Albert Einstein". By then Walter had enlisted as a volunteer in the French Foreign Legion. He worked in Marseilles on an American committee to save intellectuals who were under threat from the Nazis. He was detained, "but a brave intervention from his wife saved him from deportation".

When the Germans reached Marseilles, Walter and Eleanor took refuge in Switzerland, "crossing the frontier clandestinely at night, with their adorable baby Monique in their arms". They returned to Paris after the liberation. "Catherine was born there, in 1945". The second part of his life had begun.

Also contributing to this report: Violeta Sánchez Esteban, translator and associated professor at the Universidad Complutense in Madrid.