From harvest to sale, the sun-dried muscatel grapes go through various stages including crushing and sieving

However, despite its recognition and prestige, little is known about the centuries-old production method used, which is unique to the Axarquía. From harvest to sale, a long and arduous process is involved in its production, in which both the weather and manual labour are fundamental.

Although it is recognised by the UN, the sector has yet to improve its marketing and sales techniques and learn how to promote its history, nutritional values and identity. To this end, a new organisation, SIPAM Axarquia, has been set up this year, tasked with the job of ensuring that the Axarquía muscatel raisin gets the recognition it deserves.

The grape harvest is a great physical challenge for the farmers, who have to face the steep slopes of Malaga's easternmost region. It is even said that there are areas where not even mules can access the vineyards, creating a further obstacle to the harvest; it’s the farmers themselves who have to transport the boxes laden with the freshly-picked produce. Horses are traditionally used to transport the fruit but nowadays many growers rely on motor vehicles instead. 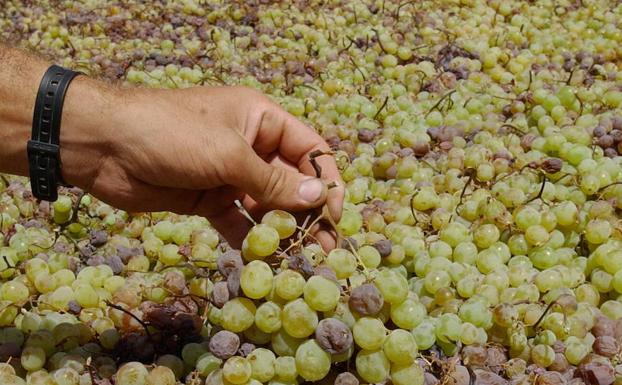 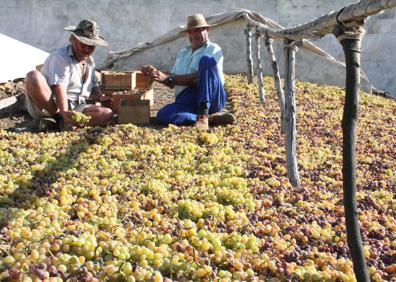 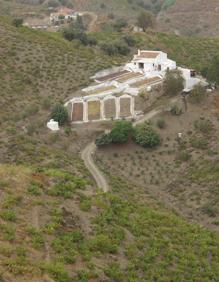 Another important task for the farmers is to choose which bunches to cut. Not just any bunch will do for raisins; the grapes have to be ripe, almost golden and it takes years of practice to know exactly when to pick them and which bunches will pass muster.

The grapes are then carefully placed on ‘raisin racks’, so they can dry in the sun for several days. This is one of the processes that differentiate muscatel from other grape varieties, for which ovens and other industrial systems are used to dry the fruit. Each of these open-air spaces typically has a surface area of between forty and fifty square metres. They should also have a slope of approximately eight per cent and a clear midday orientation. In addition, it is essential that they are provided with awnings, not only to avoid rainwater but also the humidity of the dew during the night. 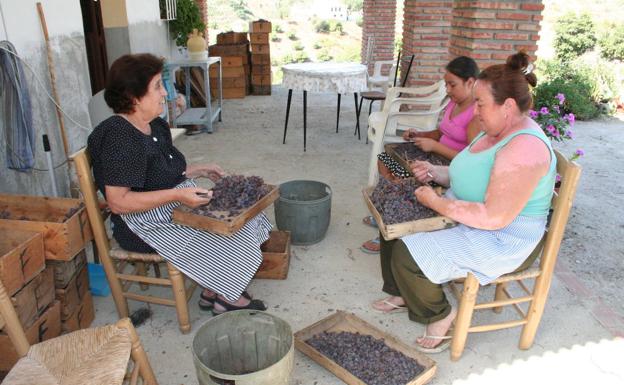 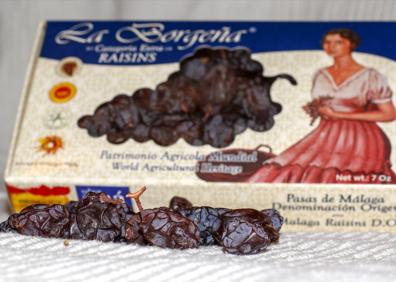 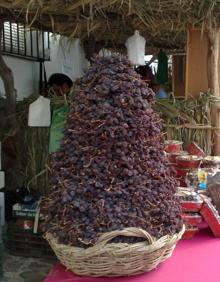 Each bunch must be turned over one by one as each side dries. It can take between ten and fifteen days for the grapes to turn into raisins, depending on the weather. The optimum time for drying the grapes is the end of summer.

Experts know exactly the right time to pick the fruit; not too early, but when the grapes are still juicy and before they start to dry.

Once the grapes have dried, they are collected and taken to the so-called 'lagares' (presses), where the cutting phase begins. One by one they are cut from the bunches with small scissors on the so-called 'formaletes', a task in which entire families usually participate. In the past it was a task mainly carried out by women, although today this is not always the case. There are also bunches that do not go through this process, as they are reserved to be sold directly in boxes. They are usually selected for their size and shape so that they look better in the so-called 'chatos' or 'catites', traditional containers for grapes that have not been crushed.

In terms of size for sale, there are five categories of grape: extra, first, second, third and a fourth, which is usually discarded. In Axarquía grape ‘jargon’, these categories are known as (from the largest to the smallest) the reviso, the media, the aseada, the corriente and the escombro. The latter, because of its size, can be used for other purposes such as home winemaking. Once the raisins have been sorted into the different sizes they can be packaged and sold.

The job is not only time-consuming, but it’s also a real labour of love for the hundreds of farmers who still cultivate and process the grapes today, in villages such as El Borge, Almáchar and Moclinejo - the three largest producers in the region. They are determined to keep alive this age-old tradition, which has its origins in ancient Al-Andalus, when the Muscat of Alexandria grape variety arrived in Malaga brought from North Africa.